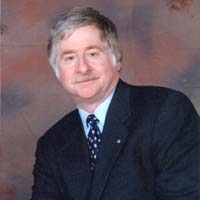 The founder of the Firm is a Registered Representative having passed the Series 6, 7 and 63 Examinations.  He is also an Investment Advisory Representative to Lisch Investment Management LLC, a Registered Investment Advisor.  Unlike most financial planners, Mr. Lisch is also an Attorney admitted to the practice of law in New York and various Federal Courts through the firm, Howard Lisch, Esq., Attorney at Law.  As a Certified Public Accountant, he is licensed to practice in New York, New Jersey and Connecticut and performs such services through the firm of Lisch & Lisch LLC.  He is also a licensed Life and Health Insurance agent.

For a period of almost twenty years, he worked in well recognized firms such as Arthur Andersen & Co., Deloitte Haskins & Sells, Coopers & Lybrand, Pitney Bowes, the Internal Revenue Service and as Chief Financial Officer to two venture capital companies.  He has been a lecturer at numerous tax seminars and has written tax, legal and business articles.  He is also an advisor to several unions and not for profit organizations and has been an appointed official of his home community as well as trustee of a private school.

He has been an individual investor for more than forty-five years and has seen stock markets go up, has seen them go down and has even seen them go sideways.  He has seen the "Nifty Fifty", Internet Bubble and other crazes come and go and has, hopefully, learned what not to do as well as what to do from each experience.

Although a seasoned investor, he founded the Firm in 1996 as an outgrowth of his experiences as a CPA where he too often saw stockbrokers invest their client’s assets in inappropriate investments.  His experience led him to desire to create a vehicle to primarily protect his client assets and, secondarily, to increase a client’s assets.